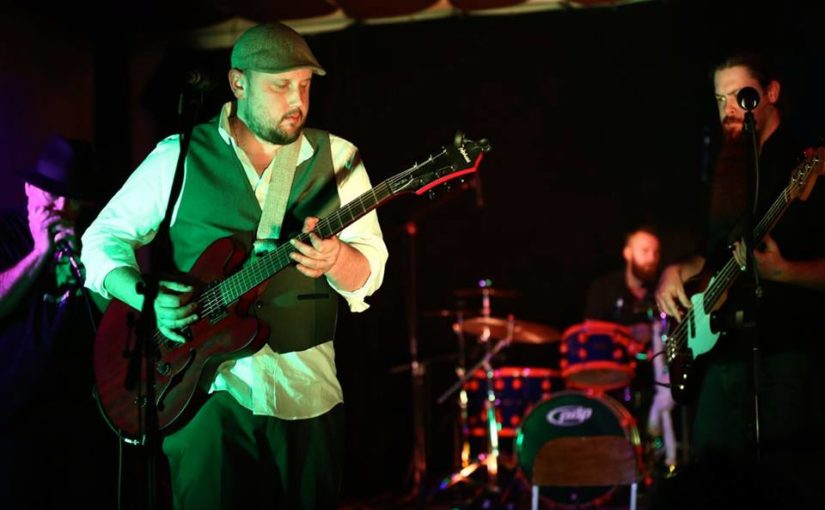 CAMERON HOLMES & THE BLUES DUDES
Cameron Holmes & The Blues Dudes is a five-piece original blues outfit led by singer-songwriter-guitarist Cameron Holmes and accompanied by the talents of drummer Cale Burke, bassist Sam Hudson, saxophone player Ian Maddick and harmonica player John Hunter – all seasoned performers in their own right before joining the band.

Since 2015, Cameron Holmes & The Blues Dudes have wowed audiences in Melbourne and rural Victoria; the Echuca Moama Winter Blues Festival, Bendigo’s Blues and Roots Festival, on the famous Blues Train and on community radio and TV. Their single ‘War Horse’ plays on community radio in the US, Canada and the UK and has been well received on the Australian Blues radio stations. Their song list continues to grow with contributions from band members some of whom are singer-songwriters themselves.

Cameron Holmes and The Blues Dudes collectively bring years of musicianship and stage experience from their former and current membership of other bands encompassing many genres, but tons of good solid blues. Most songs are the work of Cameron Holmes but a collaborative spirit polishes and sharpens the works adding a uniquely Melbourne twist. Dynamics, emotion, powerful performances and creative variety distinguish Cameron Holmes and The Blues Dudes who create an intense musical experience for audiences every time they play.