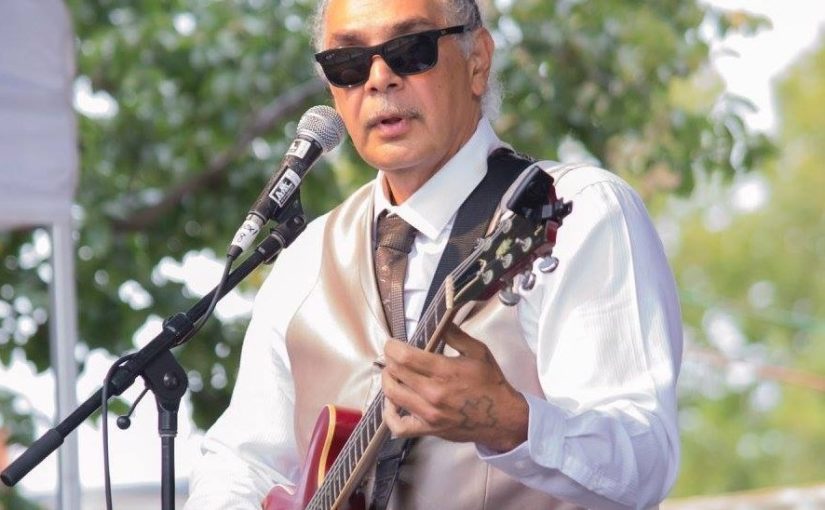 This Tuesday at MBAS ‘HOUSE OF BLUES’ @ FLEMINGTON BOWLS CLUB the feature act of the week is BUDDY KNOX.

BUDDY KNOX is an Aboriginal Blues master. Playing funky Blues with lightning speed licks and promises Buddy’s show will “smoke ya boots”. He has notched his Blues belt with some of the biggest music festivals in Australia, and has been described as Australia’s own BB King.

Buddy first picked up a guitar at just ten years of age. Despite the challenge of practicing on an old worn guitar (which was missing a string), he persisted. From humble beginnings, a passion for guitar, his own natural gift, and with music an important aspect of his life, Buddy perfected his guitar ability to an outstanding standard, spanning nearly three decades.

Buddy’s blues influences include all the Kings: Freddie, Albert and BB plus Robert Johnson, Robert Cray, Sonny Terry, Brownie McGhie, Albert Collins and Delbert McClinton. He has a vast knowledge of the old Blues men and a great respect for their work. But he also brings a subtle infusion of traditional Aboriginal elements of drone and rhythm that makes his music quite unique and special.

Having been born in Tamworth, the eldest son of a country singer, Buddy first joined the family band as a schoolboy but his simmering passion of the blues took over. He has played on a number of recordings and has two of his own CD’s: ‘Got da’ Blues’ and ‘Buddy’s Blues’ and is working on a third album release.

Buddy was crowned the Blues Male Vocal of the Year at the 2012 Australian Blues Music Chain Awards, Sydney Blues Society Performer of the Year 2011, 2017 and twice a Finalist in Aboriginal DEADLYS Male Artist of the Year. His swag of musical awards are well deserved for this authentic Blues man.