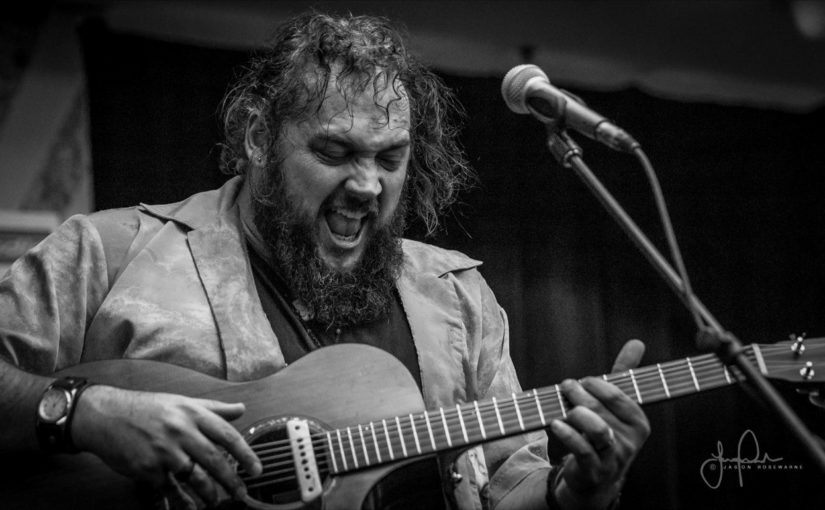 This Tuesday at MBAS ‘HOUSE OF BLUES’ @ FLEMINGTON BOWLS CLUB the feature act of the week is MIKE ELRINGTON.

Mike Elrington is a gifted singer songwriter with incredible guitar skills. Standing at almost two metres tall, delivering his signature, gut-wrenching vocals like an instrument all on its own, very few people forget a performance from this man. The commitment to his live shows and the well-earned reputation for leaving nothing behind but sweat has seen him invited to perform at some of Australia’s finest festivals, including the iconic Byron Bay BluesFest, Bendigo, Sydney Blues and Roots Festivals and Blues on Broadbeach to name but a few.

Elrington has proven himself as one the hardest-working artists currently on the Australian scene, and over the last 17 years since the inception of his career as an 18-year old in Adelaide, has released 9 albums and toured excessively throughout Australia, the United Kingdom & New Zealand.

2016 proved to be the the best year of his career to date. Racking up 132 shows all over the world, signing international publishing and  management deals, receiving national airplay on Australian TV institution Neighbours (with his songs Believe and Still In Love With You), debuting at No.3 on the National Blues/Roots airplay charts with his recent album, playing supports for some of Australia’s most iconic acts (Russell Morris, Diesel, Jeff Lang and Black Sorrows to name a few) and taking out the prestigious Singer/Songwriter Of The Year gong at The Australian Independent Music Awards in Sydney.

In April 2017 he was fortunate enough to open up for American rock icons The Doobie Brothers in front of a sold-out room at The Tivoli Theatre in Brisbane, and much to his surprise, the band even asked him up to sing with them on their hit “Listen To The Music” at the end of their set, most definitely a career highlight. Elrington’s surprise was fuelled even further when told after that he was the first ever Australian artist to get to sing that song with the Doobies.

“An eclectic, passionate and relentless mix of acoustic blues, rock and folk. This man plays and sings like wildfire.” Las Vegas Weekly