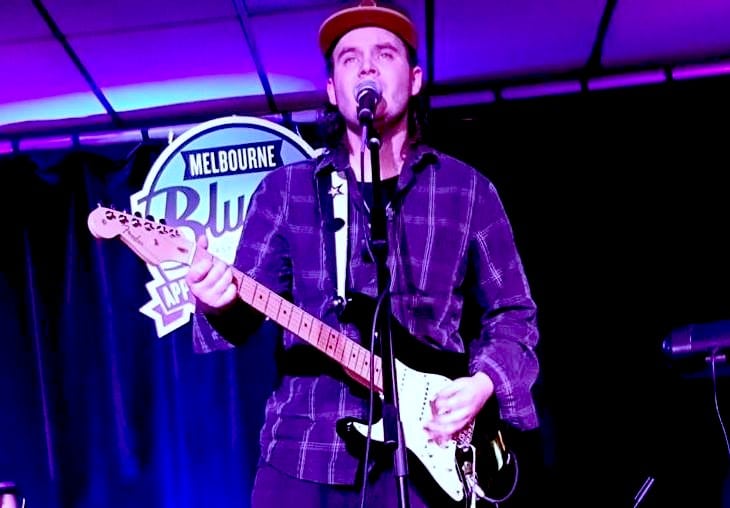 This Tuesday at MBAS ‘HOUSE OF BLUES’ @ FLEMINGTON BOWLS CLUB the feature act of the week is the SAMMY OWEN BLUES BAND.

SAMMY OWEN BLUES BAND comes on givin’ lip like your younger brother after a night on the turps. Sammy’s all cheek and twists and a wry smile to keep you fooled. Then he launches into some of the best driving Blues you’ll hear in yonks.

Sammy Owen – he jumps and jives like a young George Thorogood, with guitar influences like Buddy Guy and Albert King… he shreds that thing. Tongue in cheek lyrics and a fresh approach to original Blues songs, which featured on the debut album release “Real People, Real Stories”.

The new band line up injects even more fuel to the fire and features Lefty Mick on Bass, Jesse Psycho Bates on Drums and Tom Maige on Keys.

A give-all approach to the live shows with electricity and intensity,  soon you’ll be yellin’ for more. Come hear what we’re talking about – intense, hard-hitting, toes over the edge, original style Blues from Melbourne.