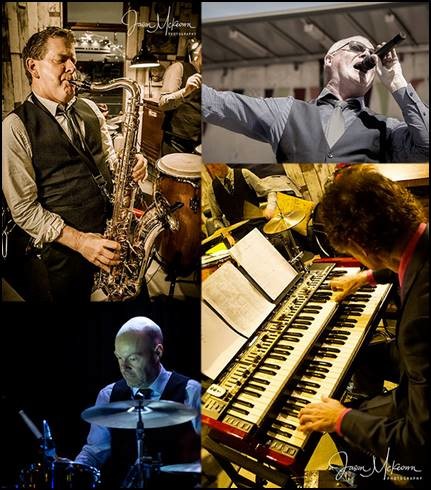 This Tuesday at MBAS ‘HOUSE OF BLUES’ @ FLEMINGTON BOWLS CLUB the feature act of the week is THE JACKSON FOUR.

THE JACKSON FOUR present a night of New Orleans-style Blues and grooves – featuring Gary Jones on Hammond, Jeff Mead on sax, Peter Jackson on vocals and percussion and Nick Mierisch on the drums. Performing for the first time at the MBAS ‘House of Blues’, the band will be playing songs from their two releases, ‘Love the Life’ (UK Blues top 20 CD 2015 and nominated UK Blues CD 2015) and ‘Kool Kats – The Jackson Four’ (top 5 Australian Blues and Roots Radio charts release 2017).

“From Brisbane to New Orleans a Melbourne quartet of blues musicians is taking the world by storm.”  Herald Sun, Melbourne.