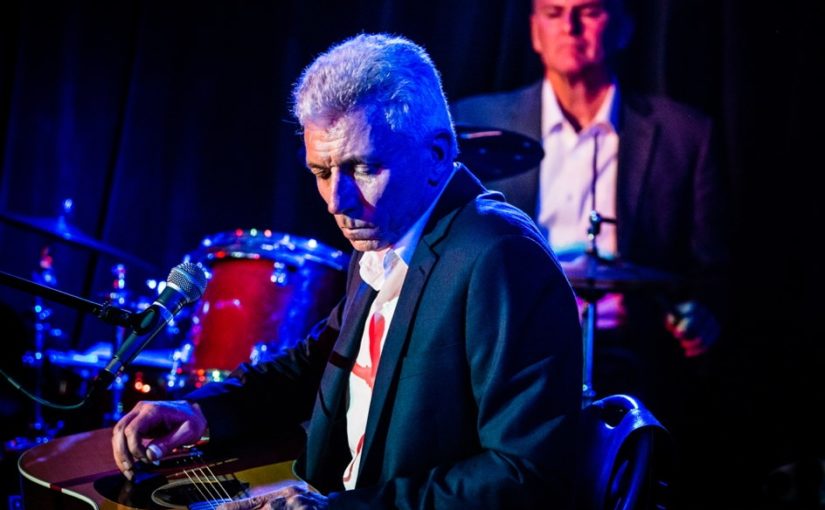 This Tuesday at MBAS ‘HOUSE OF BLUES’ @ FLEMINGTON BOWLS CLUB the feature act of the week is THE LEIGH SLOGGETT DUO.

THE LEIGH SLOGGETT DUO plays original acoustic Blues, contemporary and inspired, yet strongly connected to its roots. Deep grooves, exciting contrasts, distinctive husk-tinged vocals and compelling musicianship on open-tuned and lap-slide guitar, are driven and punctuated by the expressive drumming of Les Oldman.

Finalist in the 2014 MBAS Blues Challenge, they first worked together on Leigh’s third album ‘More Than I Need’ in 2012. The album went on to reach number 8 on the Australian Blues and Roots charts with radio airplay around Australia and many stations across America.

Leigh has three albums to his name and is currently recording his fourth. He has toured internationally and has performed consistently over the past decade building a reputation as a unique song writing and guitarist. A diverse range of influences from early American Blues masters such as Robert Johnson and Memphis Minnie through to more contemporary acts like Ry Cooder and Dave Alvin have all contributed to his style.

Les is a versatile and respected musician/vocalist in his own right, performing in band lineups with some of the best in the Australian music industry, including Ross Hannaford, Paul Gadsby, Nick Charles, Andrea Marr and Alex Burns.