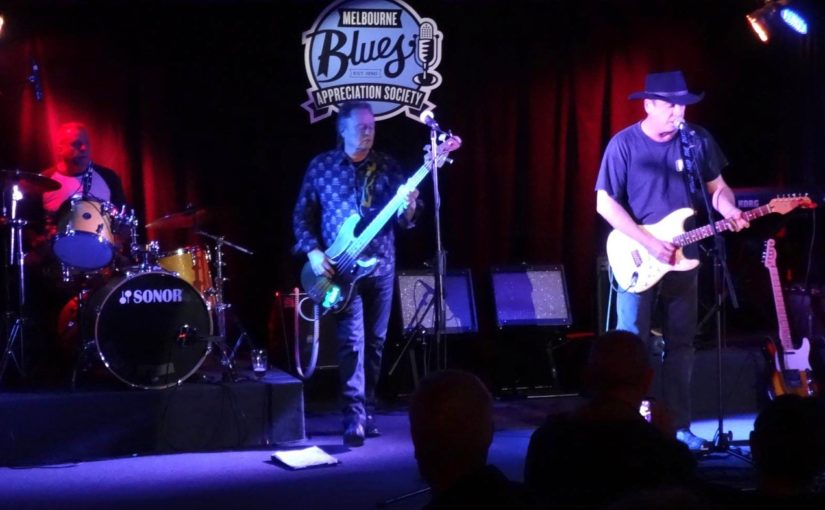 This Tuesday at MBAS ‘HOUSE OF BLUES’ @ FLEMINGTON BOWLS CLUB the feature act of the week is WILLIE & THE DIXONS.

Willie and the Dixons are a versatile Blues outfit who play a mixture of unique original, classic and ‘genuine houserockin’ Blues songs. Formed when singer/songwriter/slide guitarist Neale ‘Willie’ Williams played a gig with his previous band, and Rob O’Toole filled in on drums. Willie and Rob both liked what they heard and recruited Peter Beulke on bass to play their first gig in January 2010.

Playing the best of Chicago Blues – Muddy Waters, Howlin’ Wolf, Hound Dog Taylor, George Thorogood, Elmore James and Willie Dixon… Willie and the Dixons have gone on to become a crowd favourite wherever they perform, playing in all areas of regional Victoria with acts such as Kevin Borich, Phil Manning, Nick Barker and the James Southwell Band.