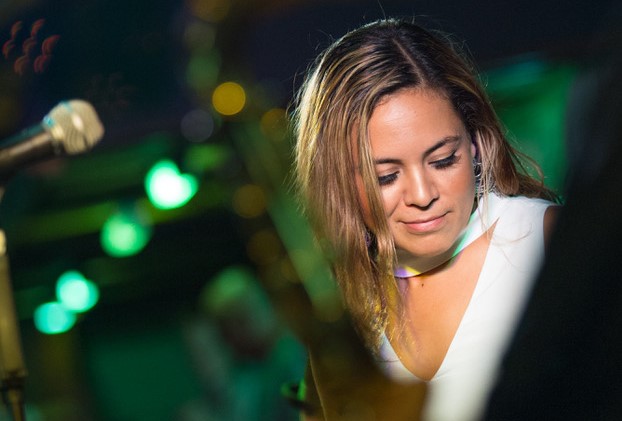 This Tuesday ISEULA HINGANO will be gracing the stage at the Melbourne Blues Appreciation Society – MBAS House of Blues – Flemington & Kensington Bowling Club –Tuesday 25th JULY 2017
FREE ENTRY, all welcome!
6.30pm: Doors & Kitchen open for meals and a few cold drinks…..
8pm: Feature act: ISEULA HINGANO
9pm – 11pm: Blues Jam (Jammers to register by 8.30pm)
MBAS ‘House of Blues’ FREE every Tuesday night at FLEMINGTON BOWLS CLUB Cnr Smithfield & Racecourse Rds Flemington VIC 3031. Plenty of seating, tables and parking. If you’d like to reserve a table, please phone or SMS 0425 776 613.
Iseula Hingano (or simply “Ise”) stands as a sublimely gifted blues, soul and gospel singer possessing a style imbued with deep musicality and bare-faced allure.
In 2010 Iseula met guitarist Nathan Brett. They joined forces and began as an acoustic blues duo, based on the North Coast of NSW. Within a year Iseula and Nathan moved to Melbourne where they put together a band and Blue Eyes Cry was born.
Since then Blue Eyes Cry have been awarded two Chain Awards (Nation-wide Blues Music Award) in 2014 for ‘Song of the Year’ and ‘Best New Artist’. Iseula received ‘Female Artist of the Year’ at the VIC/TAS Music Awards in 2013, and ‘What’s a Girl to Do’ original song from their debut album ‘Sleepin’ Alone’ received an honourable mention in the 2013 International Songwriting Competition in Nashville TN, USA.
Along with awards, recognition and worldwide radio play, Blue Eyes Cry’s debut album also went to #1 on the Australian Blues and Roots Airplay Charts for two consecutive months and stayed within the top 25 for over a year.
In June 2016 Iseula made her first trip to the United States, where she performed both in New Orleans and Austin TX.
Iseula is based in Melbourne and having recently returned home from another trip to New Orleans, is currently working on her new album as well as continuing writing with band member Nathan Brett for Blue Eyes Cry.