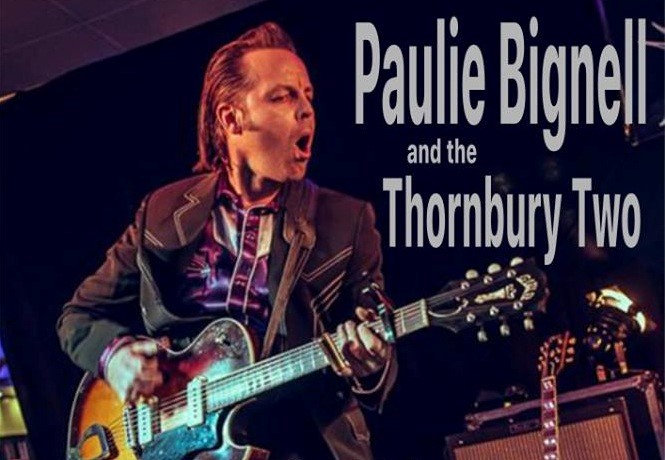 Playing at the MBAS ‘HOUSE OF BLUES’ @ FLEMINGTON BOWLS CLUB Tuesday 5th September will be Paulie Bigness & The Thorbury Two!
Treat yourself to our Free Blues night, our doors are open to all Blues enthusiasts. From 6.30pm: Doors & Kitchen open for meals and drinks, so come enjoy our Blues Menu and tuck into our extensive range of craft beers. The format for the night is as follows:

PAULIE BIGNELL & THE THORNBURY TWO
Paulie is well known around Australia as the guitarist and formative member of ‘The Detonators’ and as lead man with his own band ‘The Thornbury Two’. Forming, touring, running, recording and playing in bands since his early teens, Paulie has never let up. His drive and determination getting him through the ups and downs of life – and the ups and downs of the music biz! A sharp, wry wit and unique stage presence is the perfect accompaniment to his masterful guitar playing, Paulie has developed a sound and style that is his uniquely his own. With The Thornbury Two, Paulie joins the powerhouse, driving rhythm section that is Peter ‘Boom Boom’ Beulke on bass and Damian Singh on drums.