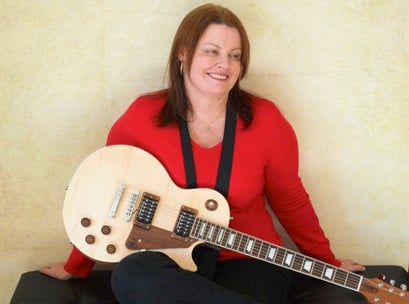 This Tuesday at MBAS ‘HOUSE OF BLUES’ @ FLEMINGTON BOWLS CLUB the feature act of the week is the STEVIE PAIGE.

STEVIE PAIGE is a world class act not to be missed. Critics have described Stevie’s voice as “superb” and “amazing.” Couple this with reviews of “great guitar” “Impressive songs” and an “outstanding band”.

From the prestigious stage of the Melbourne Concert Hall as a classical guitarist, to the famous Beale Street in Memphis as a blues singer, Stevie’s career has been anything but typical.  A graduate from the Victorian College of the Arts and with a postgraduate offer to study at London’s Royal College of Music, the future seemed all but set.  An unexpected encounter with a campus blues band one night derailed this classical musician, and almost overnight, the playing of concertos with orchestras was traded for a steel string guitar and stomp box. Today this Chain and Vic/Tas award winner is widely regarded as one the best blues voices you will hear anywhere in the world.

Joining Stevie on stage at MBAS will be bassist/vocalist Peter Neagoe, who has been forging a well-earned reputation as a go-to musician for touring and local artists. This will be a musical evening of class and magic not to be missed.