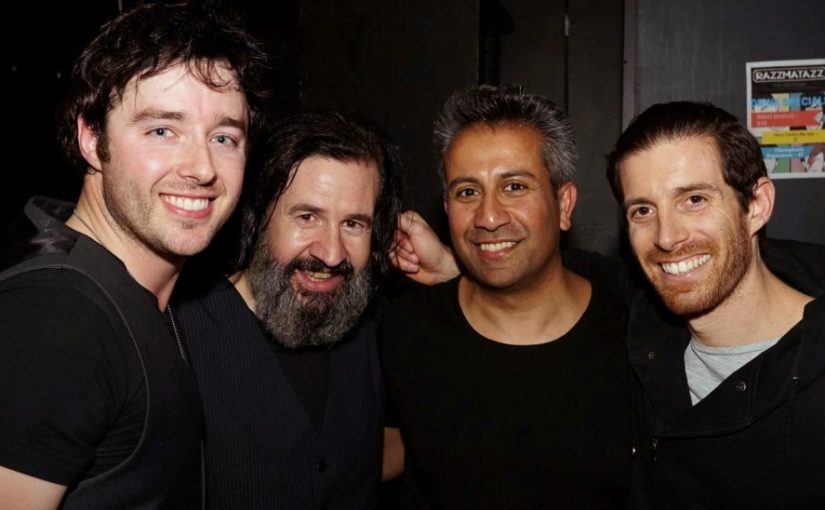 This coming Tuesday 12th September at the MBAS ‘HOUSE OF BLUES’ @ FLEMINGTON BOWLS CLUB our feature act this week is ‘The Valleys’.

Our Blues nights are FREE ENTRY and all are welcome!

6.30pm: Doors & Kitchen open for meals. So come down and get stuck into our Blues Menu and our huge craft beer selection.

THE VALLEYS
The Valleys are an energetic, new, rocking Country Blues band formed by John-Luke Shelley with Johnny Tesoriero. As The Valleys, the two musicians have collaborated and each written songs for a new album which they have just recorded through The Teskey Brothers Studio, with an album release planned later this year. The Valleys lineup features lead singer John-Luke on guitar and Johnny on drums, joined by Chris Win on bass and Jeremy Neumann on keyboard. Together, these musicians have a unique and melodic musical style that incorporates the vocal harmonies of John-Luke, Johnny, Chris and Jeremy.

Hailing from Geelong, John-Luke Shelley began playing guitar at the age of 16 and has led a diverse live music range of acts from cover bands to his own original material bands. John-Luke has performed at festivals around Australia including the Broadbeach Blues Festival, Queenscliff Music Festival and Guitars Across the Bay. His band High Speed Steel was runner-up at the MBAS Blues Performer of the Year in 2012, then runner-up again as The 3 Tones in 2013 and again as JLS & Co (now The Valleys) in 2016. As a singer and acoustic/electric guitarist, John-Luke has also supported top Australian acts such Chris Wilson, James Reyne, Geoff Achison, Daryl Braithwaite, Joe Camilleri and The Black Sorrows, Screaming Jets, John Paul Young, Mike Brady and The Masters Apprentices to name a few.

Johnny Tesoriero is a pro drummer who has been playing in live original and cover bands since the age of 15. He has been signed to Albert Productions, EMI and independent record labels. Johnny has played in different music genres including Blues, Rockabilly, Rock, Jazz and Heavy Metal. Career highlights include TV appearances on Vizard, Rove, Channel V, MTV and The Basement, supporting Oasis, Foo Fighters and The Killers, performing with the former lead singer of The Easybeats, Stevie Wright, and appearing in his book, ‘Hard Road’. Johnny joined John-Luke to play with High Speed Steel three years ago and he has also played in the rhythm section of The 3 Tones for the past two years.

Chris Win has been playing in professional cover and original bands in and around Melbourne since the age of 16, with the opportunity to support main acts including the Badloves and Chocolate Starfish in the early 90’s. Chris’ love for playing the bass guitar started at 12 years of age, when he was part of a church choir group, and he was brought up listening to Country artists such as Jim Reeves and Pat Boon.

Jeremy Neumann has been playing keys since the age of eight. Growing up, he was exposed to artists such as Ray Charles, Stevie Wonder, BB King and Buddy Guy. Jeremy has toured with the likes of Natty Wailer (Bob Marley and the Wailers) and has appeared at numerous festivals around Australia with various artists. Jeremy also professionally plays Blues harmonica.